A silicon boule is a small cube, which is made of silicon. A silicon boule can be formed into a large crystal by the Czochralski process. It is an important ingredient for making semiconductors, as it is a key component in making a computer.

What is a Silicon Boule?

Silicon boules are tiny crystals that are produced by the Czochralski pulling process. They are smaller than the wafers that are used to make chips. They are also easier to manufacture and have lower manufacturing costs. These crystals can be molded into any shape you desire, including chips. These silicon products are useful in many applications, including telecommunications and solar panels. However, when it comes to chip making, the only way to really make use of them is to use them in research.

When it comes to manufacturing electronics, Silicon Boules are an excellent material to work with. They are not to be confused with the GregTech Silicon Cell, which is used in the making of Solar Panels. They can also be created by using a Blulectric Alloy Furnace and 8 Coal. A Diamond Handsaw is used to cut the Boule into wafers. If you want to produce your own solar panels, the process is very simple.

Silicon Boules are one of the starting materials for most integrated circuits. Several methods have been used to produce these crystals, but two of the most common are the Czochralski process and the Bridgeman technique. The Czochralski method involves the creation of a seed crystal and dipping it into molten silicon. The molten silicon solidifies onto the seed crystal. It is a highly efficient way to produce a semiconductor.

What is the Bridgeman Technique and the Stockbarger Method

The Bridgeman technique solidifies melts from a hot zone to a cold zone. The polycrystalline material in 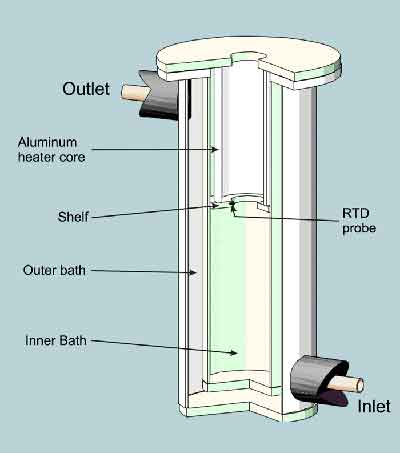 the crucible must be melted and brought into contact with a seed at the bottom of the crucible. The process involves the addition of new atoms, ions, and polymer strings to the melt, which results in the formation of a single crystal. Typically, crystalline solids have high Young's modulus and high shear modulus.

This process produces large single crystals, called boules. The most perfect of these crystals is silicon, which is found in nature. The Stockbarger method produces monocrystalline ingots, which can weigh more than two hundred kilograms. It is similar to the Bridgman technique, but uses slightly different cooling systems. The Bridgeman method solidifies a solid ingot by heating a mixture of silicon, carbon, and alumina.

The Bridgman technique uses a two-zone furnace to grow synthetic boules. The materials must be stable during the process and must not undergo phase transformations or decomposition before melting. It is important to have a conical-shaped ampoule and a suitable gradient to promote growth. Using the Bridgeman technique requires a crucible that is translated along an axis that corresponds to the furnace's temperature gradient.

The Bridgman technique is a technique used to grow single crystals in a controlled environment. The temperatures in the system can be varied by varying a specific temperature. The resultant single crystals are often used in electronic devices. In some cases, the crystals may be useful in a semiconductor. However, some scientists are skeptical that the Bridgman technique will lead to more reliable results. The process is not yet widely available and more research needs to be conducted before it can be considered a viable alternative to the other methods.

A silicon boule is a cylindrical rod that is made by melting a mixture of 8 Sand and 8 Coal in a Blulectric Alloy Furnace. The resulting boule can be cut into 16 smaller ones. They are a valuable and versatile material that is used in many applications, such as solar panels. So, if you're looking for a durable, inexpensive way to make a solar panel, silicon is a great choice.

A silicon boule is the starting material for most integrated circuits. A silicon boule is formed by using synthetic methods. The Czochralski process requires a seed crystal, which is melted into pure molten silica. The molten silicon grows on the seed crystal in a crystalline pattern. Once solidified, the resulting silicone is a semiconductor. In a computer, a Silicon Boule can be used as a capacitor, transistor, or in a memory chip.

These crystals are the basic starting material for most integrated circuits. These crystals are created in several ways, and the Czochralski process is the most common. It involves pulling a seed crystal from molten silicon and forming it into a cylindrical ingot, called a boule. The resulting silicon is then used in electronic circuits. The shaper is responsible for the shape of the boule. The Czochralski process also uses a silicon seed crystal.

Silicon boules are the starting material for most integrated circuits used today. These crystals are the best option when it comes to a silicon implant. These are used to form the chips used in smartphones and other electronic gadgets. They can also be used in semiconductor manufacturing. They are made in high-tech factories. In the past, they were only used for making lasers, but today, they are essential for semiconductor production. A single silicon boule has a diameter of about 6 inches.

Silicon boules are single-crystal ingots. The largest ones are 6 inches in diameter and contain nine creases. They were discovered in the back room of a mineral dealer's shop in California. Sadly, the owner of the shop died before they were discovered. They are very rare and extremely valuable, so it is important to understand what they are and why they are used in technology. When you're making an electronic device, you need a silicon boule.