GaN - based light - emitting diodes (LEDs) for UVC LED applications have achieved great success and attracted considerable attention for a wide range of applications. These new, brighter LEDs are capable of delivering high-performance, cost-effective and energy-efficient applications in a wide range of industries. [Sources: 0, 7]

Get Your GaN Epitaxy Quote FAST! 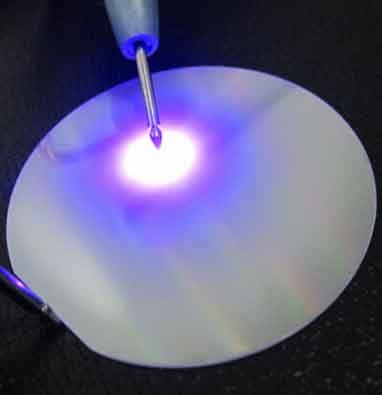 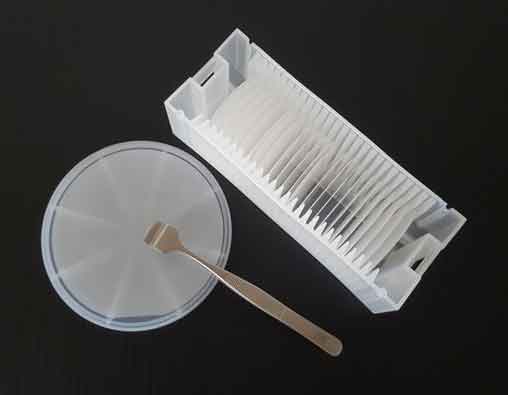 Gallium Nitride wafers is the substrate needed to fabricate UVC LEDs for use in sterilization equipment. UVC is part of the electromagnetic spectrum. Unlike UV-A and UV-B both which hit the earth and can tan or burn your skin, UV-C never makes it past the protection of our atmosphere.

A Researcher needs GaN Wafers for the following application:

It would be great to learn the wafer specs to see if this is of interest for our targeted applications. As this project is not funded, I will need to use my discretionary funds for purchase as well as for processing. May be it is possible to have smaller areas (diced pieces) for initial tests as we build the program up?

The History and Future of Gallium Nitride UV-C Devices

The growth potential of UV-C LED devices is huge. Currently the UV-C LED industry generates around $1 billion in annual sales. But since COVID-19, the growth of UV-C LED devices is expected to accelerate as the technology becomes more practical for everyday use on surfaces and perhaps humans. Ultra-Violet (UV) light has been an effective disinfectant for over 100 years. UV light was discovered over 200 years ago. UV was used to disinfect surfaces in the late 1800s, water in the early 1900s, and the air in the 1930s. UV-C anti-microbial properties helped mitigate the spread of tuberculosis, also referred to as consumption, ravaging communities across the world.

How does UV-C light sterilize surfaces?

UV-C light destroys the nucleic acids in the DNA and RNA of all microbes’ chemical bonds by cracking its protective protein shell. Once broken the microbe ceases to replicate and thus dies.
The challenges of UV-C remain in its practicality. Several problems are inherent including UV-C ability to penetrate through surface dirt and or objects. Thus, if you want to sterilize a hotel room and a book is on a desk, that surface under that book will not be disinfected. The book would have to be moved. If a railing has dirt on it, then that dirt will have to be cleaned before the surface can be disinfected with the UV-C LED for it to work 100%. And the biggest problem is UV-C’s danger to humans. The World Health Organization warns that UV-C light should not be used to sterilize flesh. Currently research is being conducted to make UV-C safe for sterilizing people, but nothing has been approved for consumer use. So, bathing your hands under a UV-C light is not advised.  Current research on naked mice has shown great promise with the mice showing no ill effects from daily UV-C use.

The future is bright for researchers developing UV-C LED devices that are not harmful to humans yet remain deadly to microbes, bacterial, and viruses. MERS, SARS, and EBOLA have been recent victims of UV-C LEDs efficacy. Studies have found that hospitals that use UV-C LEDs to disinfect surfaces have reported eliminating up to 100% of infections that patients had suffered before UV-C use. UV-C LED devices could potentially also be used to disinfect disposable masks. This would prevent expensive incineration of the masks and would prevent microbes from entering back into the environment when discarded with the trash. Research into re-using N95 masks after UV-C disinfecting is ongoing. The results so far are very positive.

During this Covid-19 crisis, hospitals were found to be the culprits in passing along pathogens spreading across communities all over the world. Now not only are hospitals ramping up their UV-C use but transportation, banks, sporting arenas, gyms are implementing UV-C devices that can kill 99% of germs in only a few minutes.
The following industries have vocally expressed a need for a solution to COVID-19 and other microbes now and in the future.

Gallium Nitride Epitaxy Wafers is the tool required to made UVC-LED devices. UniversityWafer, Inc. and our partners have in stock the affordable substrates researchers need to get started.

UniversityWafer, Inc’s Gallium Nitride substrates are the base substrate that researchers from academia to industry should use to fabricate UV-C prototypes and consumer devices.

UV-C Light is Part of the Electromagnetic Spectrum 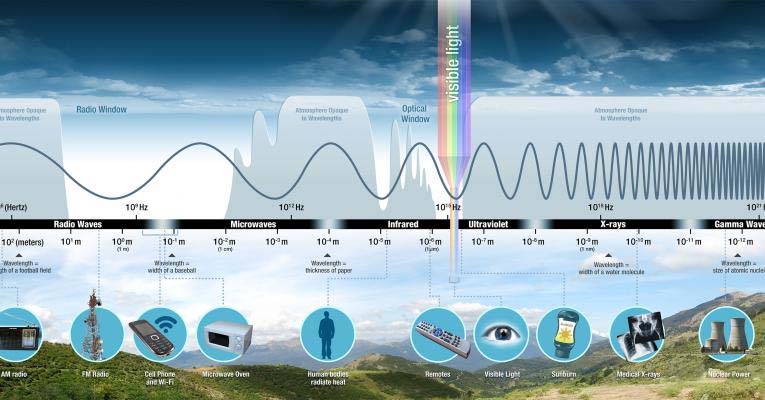 Toshiba Electronics Europe (TEE) has announced that it has developed a new gallium nitride (GaN) epitaxial wafer technology for near-ultraviolet LED technology (UVC) is manufactured using the latest technology from Showa Denko K.K. (SDK) and Toshiba. The new LED also uses a near-ultraviolet flip-on chip structure developed with the help of the US Department of Energy's National Renewable Energy Laboratory (NREL) to develop a high-performance, high-performance, and low-cost photovoltaic (HVAC) technology. Based on the already commercialized GaN-based blue LED technologies that are the basis of GaO2-based blue LED technology, the SDK has developed the nearest ultraviolet LED to achieve low power consumption of less than 0.5 watts per square centimeter and energy efficiency of up to 1,000%. In May 2014, SDK presented Show a Den Koi (K & K), the first ultraviolet light-emitting diode (LED) of its kind based on gallium nitride, at the International Conference on LED Technology in Tokyo. [Sources: 3, 5]

TEM) was introduced to assess the performance and energy efficiency of GaN-based LED chips in the ultraviolet (UVC) market. TEM has introduced a new technology to evaluate the quantum efficiency curve of the first - of its kind - GaO2-based LED chip, using the latest technology from Showa Denko K.K. (SDK) and Toshiba Electronics Europe (TEE). The new next generation GaE-1 GaE-1 wafer technology gallium nitride epitaxial wafers are manufactured and bent with quantum efficiencies of up to 1,000% using high-performance, cost-effective, environmentally friendly recycled wafers and are evaluated for use in a wide range of applications including photovoltaics, energy-efficient lighting, solar cells, medical devices and other applications. [Sources: 9, 10]

In previous work 22 we have just reported the first GaN light-emitting diode structures (LEDs) that have grown on a silicon substrate. We have performed several measurements to investigate the performance of growth of an LED based wafer chip on an LSAT substrate with optimized growth conditions for high-performance gallium nitride epitaxial LED chips. These promising results indicate that the use of a monolayer structure of SiO2 microstructure will lead to the development of high-performance, cost-effective and energy-efficient LED devices. [Sources: 6, 9]

LED light - emitting diode structures on the LSAT substrate as shown in the double stacked SLG (Fig. 1), which is also observed by the Raman spectra (Fig. [Sources: 9, 10]

Measurements in RT, LT and PL showed that the GaN-based LED wafer is 79.0% optical. LED chips, Y.L. fabricated Ga NITIDE EPITAXE (as well as the manufacturing) and manufactured it using the standard process22,23. LEDs on a chip, we fabricated a Ga-nittide EPITEXE - prepared Gan - Based LED wafer (insert C) in a dark room and took a single layer of LSAT substrate with a light-emitting diode structure on it. Insert C is the MR-LED, which was manufactured on freshly recycled wafers in the dark of a room. [Sources: 9, 10]

The researchers plan to use NIST's LED as a tip - as a probe for the probe - and they plan to demonstrate a prototype of an LED tool soon. GaN - EPITAXE - based LED wafers for UVC-LED applications have been experimentally demonstrated and actively developed since 1993-26. [Sources: 0, 2]

LEDs are produced by the cultivation of GaN-based LED wafers on Al 2 O 3 wafers in a standard process. LED arrays (blue EL), which are produced by the production of deformable LEDs, are also mounted on different surfaces with distinctly different curves. The use of weakly bonded heterointerfaces (HIMs) in the design and manufacturing process allows the production of fabricated MR LED arrays (Blue EL) with a wide range of curvature and shape. [Sources: 9, 10]

UV blue and green light emitting diodes based on Vollingan on amorphous substrate. Next, crystal is an active crystal layer, such as LEDs, which scientists have developed a patented process to grow active crystals from layers of such LEDs by maintaining the low defect density of AlN and based on the light emitted by the diode on the mammorphossubstrates by pulsating sputtering. [Sources: 8, 9]

LEDs and DUV LEDs operating in the 220 - 350 nm band can be realized by developing light-emitting diodes with a range of colors that complete the range of primary colors and make them suitable for use in powerful, low-power and light-efficient LED-based devices such as solar cells and solar cells. [Sources: 2, 4]