Please send us your specs and start researching today!

Other Substrates in Stock

The researchers at Skoltech, a leading university in Russia, studied the electronic properties of indium arsenide, a material commonly used for photodiodes in the infrared range. The results of the study were published in the journal Physical Chemistry Chemical Physics. The semiconductor has many promising applications in the electronics industry, including the construction of terahertz oscillators and alternative infrared lasers.

The melting point of indium arsenide is 942 degrees Celsius. The material is a semiconductor with a direct 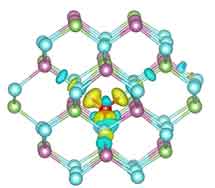 bandgap, a property that makes it an excellent choice for a variety of applications. It is highly resistant to oxidation, and exhibits exceptional mobility of electrons. For these reasons, it is being studied for its potential in the manufacturing of solar cells and electrical devices. In addition, indium is the ideal candidate for a wide range of other electronic devices.

The materials used for these applications include indium sulfide, iridium, gallium, and silicon. These compounds are part of the III-V semiconductor family. They have excellent electrical and mechanical properties, and they are a promising material for high-speed, low-power electronic devices. The low-temperature and high-vacuum capabilities of indium make them excellent candidates for use in high-temperature and high-performance electronics.

Indium sulfide is a metal with a high melting point. It is used in various electronic devices and is also found in diode lasers. However, indium arsenide is a rare metal, with an estimated 0.1 parts per million in the Earth's crust. The material is produced as waste in the production of zinc. It has been linked to several cancers, and the discovery of indium sulfide is promising for the development of future high-speed, low-power electronic devices.

The semiconductor indium arsenide is a metal with a high melting point. It is a semiconductor that is used in many different products. Its high melting point is a key characteristic in high-performance electronics. Its magnetic properties are also important in the manufacture of solar cells. Its high-quality electrical conductivity makes it an ideal material for batteries. Indium is also used in optical fibers.

The study of the material's properties involves a detailed understanding of its structure. Indium arsenide has a very narrow energy bandgap and is a popular terahertz emitter. Indium can also form quantum dots in a monolayer. Mismatches in the lattice constants between indium and gallium arsenide can lead to the formation of these particles.

The study of material properties requires a detailed understanding of its surface structure. Its surface structure can vary widely depending on the manufacturing process, sample orientation, and external effects. Indium arsenide is a valuable material for electronics. In addition to its optical properties, indium is an ideal conductor of electricity and light. Further, it is an excellent material for infrared detectors. In addition to these applications, indium is a good choice for the development of new products.

In one study, rats were given indium chloride. This compound has a similar structure to arsenic and gallium, but in the latter, the indium is a compound semiconductor. Indium is a common semiconductor, but it is rare in nature. It is used for a wide range of electronics, including in medical equipment. In addition to infrared sensors, indium is used in LEDs.

We have a large selecton fo InAs wafers in stock. Please email us for the inventory list or send us the specs and quantity that you would like us to quote!

Danish nanophysicists have developed a new method for manufacturing the cornerstone of nanotechnology research - nanowires. The discovery has great potential for the development of nanoelectronics and highly efficient solar cells. 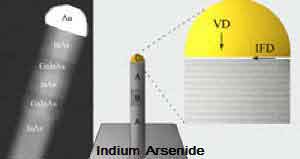 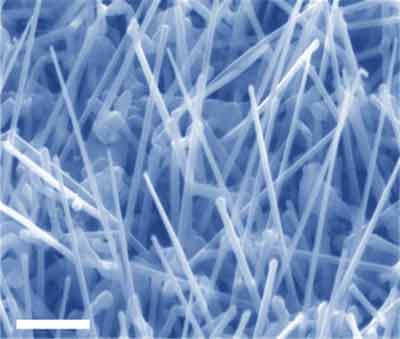