2 Inch Silicon Wafers for Research and Production in Stock

We have a large selection of standard and hard to find specs in stock. We work with the researcher to provide the best specs for their research. Fast delivery is a must and we carry in inventory the following. If you don't see what you need, just let us know!

Buy your 2 Inch Silicon Wafers Online and Save! 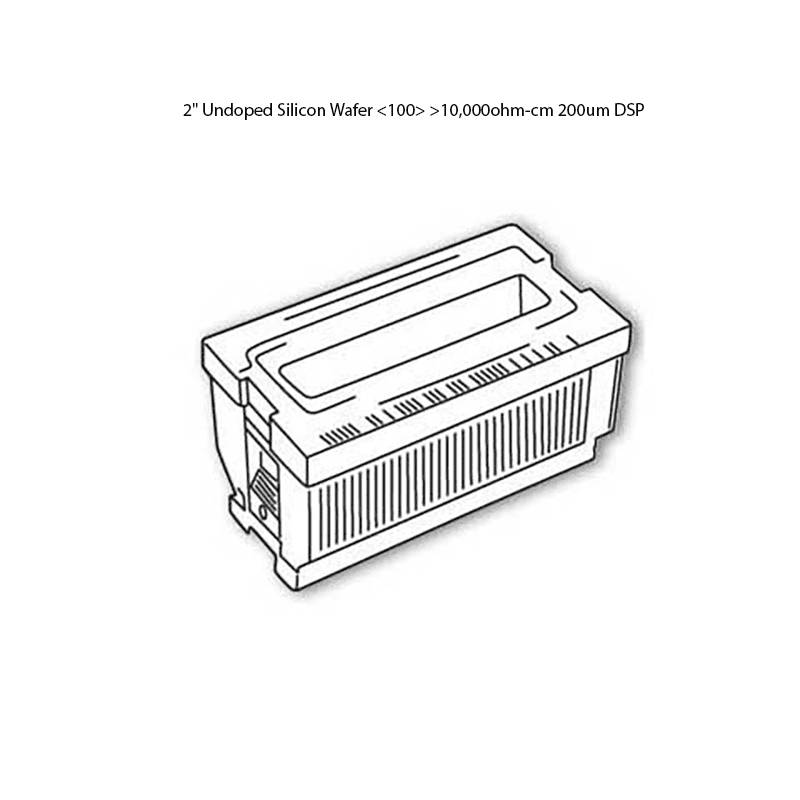 You can buy as few as one wafer or large volumes. We cater to the researcher who needs a high-quality, but affordable substrate to experiment on.

Where Can You Buy CZ and FZ 2 Inch Silicon Wafers Online?

See below for our 2 Inch silicon wafer inventory.

Researchers from the Optical Sciences Division from the US Naval Research Laboratory in Washington D.C. performed their research on reduced photoconductivity in terahertz spectroscopy with the following silicon wafers specs.

Materials Gold, titanium, and chromium were obtained commercially and used as recieved.1 Hydrochloric acid and nitric acid were reagent grade and used as received. The reference silicon (Si) wafer was purchased from University Wafer (ID 2018). It was high resistivity (> 10 000 ohm cm), <100> orientation, double side polished and 280umm thick. Fused quartz substrates were purchased from GM Associates, Inc. b. Fabrication and Morphology of Metal Films The thin metal films were prepared by electron beam deposition onto clean fused quartz substrates within a vacuum chamber held at 667 Pa (5 x 10-7 torr). Substrates were masked to give a film area of ~2.0 cm x 2.5 cm and multiple equivalent samples were prepared side-by-side during the same deposition. A quartz crystal microbalance was used to monitor the rate of deposition and determine the film thickness of the metal layers. A sequential process was used to prepare the films with adhesion layers. In total, the metal film samples on fused quartz substrates included 8nm of gold (8nmAu), 8nm of gold with a 4 nm adhesion layer of either titanium or chromium (8nmAu/4nmTi or 8nmAu/4nmCr, respectively), and 8nm of titanium (8nmTi). AFM imaging was done for 8nmAu, 8nmAu/4nmCr, and 8nmAu4nmTi in ambient using an Agilent 5500 Atomic Force Microscope in non-contact/tapping mode. The cantilever was highly doped silicon with a tip radius of 8 2 nm. A sample was also prepared by exposing a duplicate sample of the 8nmAu/4nmCr film to aqua regia to remove the gold layer. This was done by dipping the film in aqua regia for 1 minute followed by sequentially rinsing with distilled water and ethanol and then drying under a stream of compressed air. The black film that remained following this treatment is denoted 4nmCr in the text, but is most likely described as Cr2O3, the most stable form of oxidized chromium and known to form when thin films of chromium metal are exposed to ambient conditions.2 A similar Au-removal procedure was attempted for the 8nmAu/4nmTi film however the treatment with aqua regia resulted in complete removal of the metal film.