What are Borosilicate Glass Used For?

Or fill out the form below for an immediate quote! 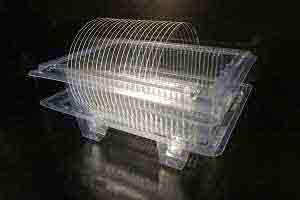 Please let us know which keywords below that you used to find us.

Borosilicate glass wafers are made by many companies. Below are their trade names:

Borosilicate glass has also found applications in semiconductor manufacturing, for microelectromechanical systems (MEMS) design, as a component in the stacked layers of etched silicon wafers, which are bound by the etched borosilicate glass.

Borosilicate glass wafers are commonly used in anodic silicon-to-glass bonding processes, such that silicons thermal expansion is similar to those materials. In semiconductor fabrication, borosilicate glass wafers are used in various other applications. The material is extremely thin, and is commonly used in semiconductor fabrication to glue onto a substrate.

Glass wafers are thin disks of precision glass, typically made from borosilicate glass, quartz, or fused silica, that are used as substrate carriers to bond silicon and other substrates to MEMS (micro electromechanical systems). Glass wafers are used as the substrate carrier for semiconductor wafer fabrication, which is done with thinner materials which may bend or tear easily. Borosilicate, in the wafer form of, say, a spec 100mm 500um DSP, is used for bonding silicon and other substrates in the semiconductor industry for micro electromechanical systems, or MEMS.

Due to this materials high thermal tolerance, borosilicate is also highly stable and may be used in optical devices. The high strength and low thermal expansion properties of borosilicate glass makes it a perfect material for electronics applications. In addition, it is typically manufactured as high-strength spectacle glass, which is used in a broad range of industries that are exposed to extreme temperatures.

Borosilicate glass is very resistant to thermal shocks, and is used in a number of different applications, including high-intensity discharge lamps and organic light-emitting diodes (OLEDs). Glass offers clear optical transparency, which is required in many biotechnology applications, making it a common choice to be used as the cover layer on devices made of silicon.

Although it does not have thermal shock strength, it is sometimes most useful for use in the lab for purposes such as making melt-point tubes, where its relatively low softening temperature makes it easier to sculpt with a regular Bunsen burner flame, and it makes other glassworking operations easier. Borosilicate glass is widely used in practically all of todays lab glassware because of its chemical and thermal tolerances, as well as good optical clarity, but the glass may react with sodium hydride when heated to make sodium borohydride, a common lab reduction agent.

Borosilicate glass is perfect for industrial applications requiring a large amount of heat, and is used in lighting of stages and studios. Borosilicate glass has wide-ranging uses from cooking vessels to laboratory equipment, as well as being part of high-end products like implantable medical devices and devices used in space exploration. High-grade flat glass made of borosilicate is used in a wide range of industries, mostly in technological applications requiring good thermal tolerance, great chemical resistance, or a high transmission rate in conjunction with an unblemished surface finish.

Low-expansion borosilicate glasss excellent durability, chemical, and thermal tolerances have found applications in laboratory equipment, cooking vessels, lighting, and some types of windows. The low coefficient of expansion of borosilicate glass makes it ideal, if used together with resistant-heated plates and pads, as an ideal material for a heated building platform on which to extrude a layer of plastic material.

The result of adding the element boron is a glass that is highly resistant to thermal shocks, and has a far lower coefficient of thermal expansion than normal silicate glass. Schott discovered that adding the element Boron into the process of making glass led to the creation of a heat-resistant form of glass. The presence of boron oxide, which replaced certain oxide components, increased bonding forces inside glass materials.

The fusion process requires a higher heat level than conventional glass manufacturing, due to the higher temperature at which the transition occurs in this material, which is as high as 560degC.

When a glass sheet is heated only from one side, a localized elongation occurs, and since heat transmission rates are slow across glass, a steep temperature gradient is established, generating the appropriate tension. The glass must be rolled between fingers and thumbs as it is heated. Whenever using tubing or rods of glass, it is essential that you burn-polishing the ends so that you eliminate the sharp edges.

The 1-mm thickness of the glass allows the creation of accurate mirror surfaces which do not warp in the presence of extreme changes in temperature. Glass lenses are also perfect for use on warm mirrors reflecting infrared. Scene lights and lighting products used in the movie industry make use of glass lenses made fromborosilicate because those lights can get to a very high temperature while operating for hours at a time.

The addition of a coating agent may alter glass characteristics, such as optical absorption spectra. It is impossible to create satisfactory fusion joints between borosilicate and soda glass, due to differences in thermal expansion properties.

In a discussion on the techniques for vacuum distillation, a reference is made to using very fine glass capillaries for facilitating a uniform boil (see page 107).

Buy as few as One Borosilicate Wafer! We have all diameters in stock and ready to ship!

Below are just some uses for our Borofloat 33 Wafers sold in small quantities and large.

Borosilicate glass used as acceleration, pressure and gyro sensors in automobiles, to switch on light in telecommunications.

What are Borosilicate Glass Used For?

Boroslicate can be found in the following:

Borosilicate in wafer form with, for example a spec of 100mm 500um DSP are used for bonding silicon and other substrates in the semiconductor industry to manufacture Micro Electro Mechanical Systems or MEMS.

The best flashlights use borosilicate glass instead of lower quality plastics for the lens for better light transmission. Other lighting applications include high-intensity discharge (HID) lamps.

Space applications include reflecting telescopes for its resistance to thermal shock. This allows for precise mirror surfaces that won't distort under extreme temperature variations. 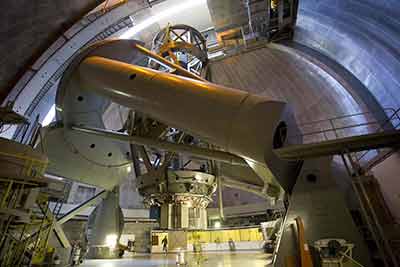 Hale Telescope's has 200 inch mirror that is made of borosilicate glass.