What is Etch Pit Density?

UniversityWafer, Inc. can supply substrates with etch pit density required for your research and or production.

How to Determine Your Wafer's Etch Pit Density

Etch pit density is a measurement of the dislocation population present in a substrate. This measure is typically based on etch pit density measurements. However, a nondestructive, quantitative method is needed to determine the defect population of a substrate. In this study, we investigate double crystal x-ray diffraction rocking curves. We compare experimental and simulated rocking curve widths to EPD. The results show limited correlation between the two measures. 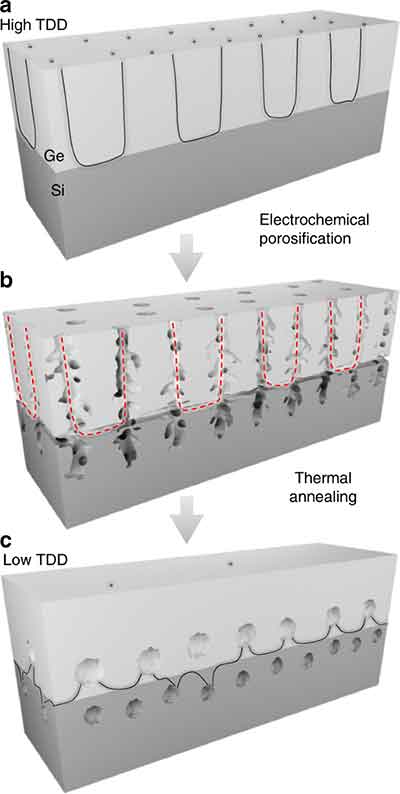 Dobrilla et al. In this article, we describe the procedure in more detail. We also explain the process using an image. The first step was to convert the color image into a black-and-white one. Next, we used thresholding to divide pixels into two groups based on intensity. We then assigned each pixel two values. The thresholding method accounts for the overlap between etch pits and the surrounding areas. The second step, called the watershed operation, is to find overlapping particles and divide them into distinct shapes.

The etch pit density measurement method is used to estimate the density of etched areas on monocrystalline test wafers. The EPD is a measure of the dislocations in a surface and is a useful tool for analyzing the density of etched voids. A beam of light is focused on a reference wafer that is polished, oriented perpendicular to the light beam. This light is then measured to determine the reference intensity Ro and the emitted light intensity from an etched test-wafer.

When the EPD is compared with the microscopy results, the PVScan shows a similar correlation between the two methods. In addition, both methods can produce very different results. In particular, the PVScan yields higher etch pit densities when the same material is etched. In this case, the P-gettering step reduces etch pit density while the microscopy results show a decrease in the size of etched areas.

A new study aims to determine the etch pit density of steel turbine blades in a test chamber. The instrument measures the density of etched spheres at 10,000 different locations. This method is particularly useful when the etch pits are spread over large areas of the wafer. It is important to note that the EPD is dependent on the amount of etched area. Moreover, it can be affected by a chemical reaction between the etching solution and the substrate.

The EPD of a sample has a high etching density and is determined by the slurry. The sample is etched to a certain extent to measure its etching rate. The etching process has an effect on the material's chemical composition. The material's density is a key determinant of the dislocation density of the sample. This measurement provides an accurate picture of the structure's microstructure.

The etch pit density of a test wafer can be measured using a microphotograph. The etch pit density of a sample wafer can be calculated using the ratio of the reflected light from the reference. In addition, the etching process is also useful for measuring the depth of a test wafer. It can be used to evaluate the density of a sample's surface. In addition, the etching process can be used to analyze the pore-shaped amorphous silicon.

The etch pit density of a monocrystalline semiconductor is measured using a laser. The thickness of an etch pit is measured by laser lithography. The thickness of a thin etch pit is an indication of its density. A thin film of a material is a better indicator of its density. Similarly, a thin film of silicon will be less resistant to fatigue failure than an opaque one. For example, a thin layer of silica is a higher etch-pit density than a thick silicon slice.