Get Your GaN Substrate Quote FAST!

When Will We See Gallium Nitride Devices?

"The main obstacle for widespread adoption is basically people just need to get used to it. It's a different component. You wouldn't take your normal circuit you put in there, you have a silicon component in there. You would normally not just take a gallium nitride component in there and replace that silicon component, so you have to replace or optimize the whole electronics around. But people tend to be conservative. They know it works and they have to start rebuilding the circuits a little bit to make full advantage of this. That's happening right now, but that takes some time."

Where Can You Buy Gallium Nitride?

Fill out the form with your specs or take advantate of our online store sale! 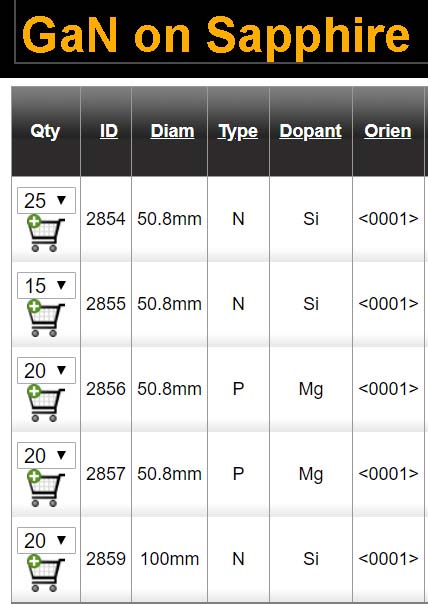 Gallium Nitride (GaN) has been around for a few decades. Recently the need to conserve power that comes from the wall socket or to increase the range of electric cars has pushed GaN devices to the industry forefront with the promise to replace Silicon in the near future.

Dr. Martin Kuball from the University of Bristol states that if GaN devices are used throughout a system, say an electric car, then the cost is less as you would not require as many silicon devices.

"So it will get to the point where you just have a cable going straight from the outlet in your laptop, and you need basically this gallium nitride electronics to make that happen." 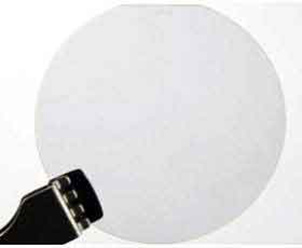 How much smaller will new Gallium Power Devices Be?

A GaN charger will be up to 48% smaller than conventional silicon based chargers.

The new GaN chargers for the Iphone will be about 50% faster than Apples current chargers.