How Many Silicon Solar Panels Needed to Power The World!?

Below is the land area required to power the the United States just using th sun's rays! 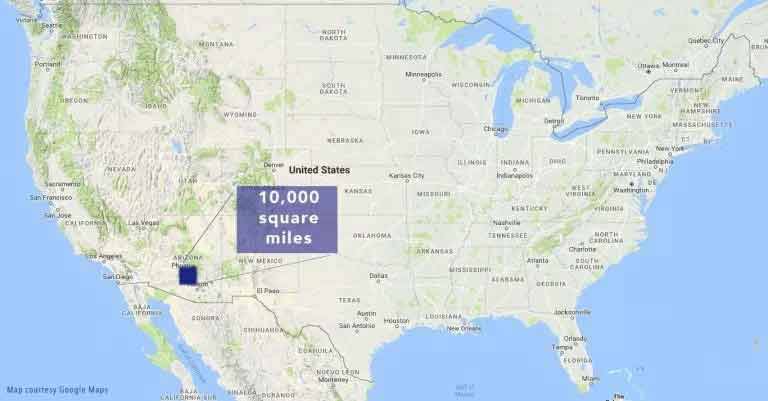 Current consensus is that a land area the size of Germany would be required to power the world if all the solar panels had a efficiency of 14%.

Elon Musk has deduced that 10,000 Sq Miles of land would be needed to power the entire USA. That's about the size of a large county in California!

Where would governments, or private industry find these lands? Below are just a few ideas:

Above is just a few ideas of how we can fix the world's energy problems using clean energy. When you think of clean energy, don't be fooled by skeptics that claim solar pollutes more than fossil fuels.

Think of your commute. Perhaps you're stuck in a tunnel in New York, or Boston. Traffic is backed up behind an accident of some sort. Would you rather idle next to a gas/diesel powered vehicle or an electric one? The obvious choice is electric!

Satellite images of China's Wuhan Province and Italy's industrial north have shown a dramatic decrease in air pollution. Why? Because nobody is stuck in traffic with their filthy cars. One gallon of gas weighs 6 pounds. What emits from the muffler, the Co2 and carcinogens, weighs 4 pounds! So for every mile you drive you spew 4 pounds of toxicity into the air!

Coal plants were still firing in those areas as it's winter and people are home sequestered all day long with all their lights and heat running.

So the argument that a solar plant pollutes more than cars is a lie to be exact. The Covid-19 virus has proven that taking polluting cars off the road is the solution. Electric cars don't emit anything!

Think of an age, when your solar roof will power not only your home, but your car. It's a self-sustaining micro-grid that requires little maintenance and is not subject to blackouts or in some areas that suffer drought, a fire hazard.

Will we ever see a time when Solar replaces all fossil fuels? From 2009-2018, solar capacity increased by 51x!

Currently battery technology is able to store all the solar power to use at night. But those batteries are expensive. The good news is that the price of batteries are dropping as more factories are being built to manufacture them. In many parts of the world the cost of installing solar is less than maintaining a coal plant!

Now and in the future Real estate developers will recognize the burgeoning value of homes that have the majority of their roofs facing south in the northern hemisphere and facing north in the southern hemisphere. Lucky home/commercial business owners who purchased their property without realizing their roofs solar potential will benefit from their locations overnight!