The current record for solar cells using silicon is 26.7+0.5%, which is already close to the limiting value of 29.1%. But further improvements are needed to improve the efficiency of silicon-based solar cells. The most promising tandem structures are perovskite/silicon multijunctions and III-V/silicon multijunctions. But further advances are needed before these can be implemented in commercial applications. Nevertheless, these advancements are still a long way off.

For example, one program for simulating the classic n+pp+ structure uses the silicon solar cell parameters as 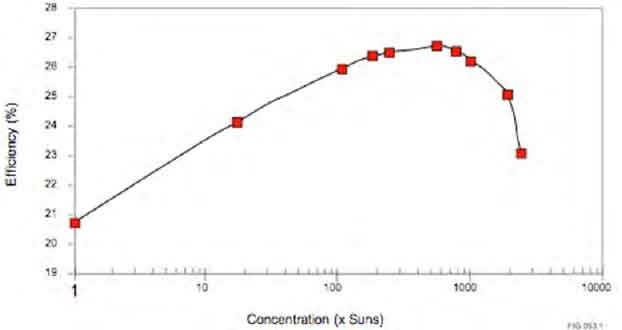 p-type wafer with a depth of 5 mm and a density of 1 x 1016 cm-3 of phosphorus. It simulates a n+ front phosphorus diffusion and the rear surface recombination velocity of 104 cm s-1. But it is not clear whether or not these parameters can help a PV panel's efficiency.

The maximum conversion efficiency of solar cells based on c-Si is about 29%, although it can increase to 30% depending on the type of material used. Optimal cell configurations depend on the back surface recombination velocity SB and the thickness of the cells. The calculation of these parameters is based on the FEM. This method is known to be more accurate than simulations. But it can't fully explain all the details of the system.

In conventional light trapping structures, the Lambertian limit cannot be reached. In addition, optimum cell thicknesses are higher than 110 mm and a thin silicon layer is best for efficient carrier collection. Moreover, the non-zero bulk doping of the silicon layers reduces the theoretical power conversion limit by at least a percentage point. The recombination limits for the maximum conversion efficiency are not achievable when the ray-optic method is applied.

Despite the fact that solar cells are widely used in many commercial applications, their efficiency is limited by several factors. The optimal thickness of the silicon layer is dependent on the trade-off between high optical absorption and low optical absorption. The PERL limit is the most significant limit that limits the conversion efficiency of a solar cell. The best cell is one that is patterned in a pattern that is highly optimized for light-trapping and carrier collection.

A single-cell model is usually a good representation of a single solar cell's characteristics. A model can be derived from the resulting results of an n-type solar cell. Another type of cell can be modeled using the N-type monocrystalline silicon. The P-type cell is more efficient than a polycrystalline silicon cell. It has higher efficiency than its n-type counterpart. A thin-film c-Si solar cell can have a varying density of photogenerated carriers.

An ideal cell has an open-circuit voltage that is lower than the open-circuit voltage. In addition to this, it has a higher fill-factor and is more efficient than other solar cells. However, it has an inferior efficiency compared to polycrystalline silicon. A silicon solar cell is not an ideal device, because its efficiencies are limited by the recombination of light. Nonetheless, a single-junction solar cell can be a good candidate for solar energy conversion.

The efficiency of a silicon cell depends on the materials it uses. The base silicon material is typically N-type or P-type. The fill-factor is the maximum conversion efficiency of the PV cell when operating at the optimum voltage. Other factors that influence the panel efficiency are the type of silicon, the busbars, and the passivation type. The most efficient cells are high-cost mono PERC cells with an N-type silicone base and no busbar shading.

The open-circuit voltage of a silicon solar cell is approximately inversely proportional to its thickness. If the illumination is cut by 80%, the open-circuit voltage drops by ten percent. The SRV of a low-quality cell is less than one half of that. In order to produce usable power, a solar cell's efficiency must be more than twice its thickness. If the SRV is too high, the solar cell is useless.


Solar Silicon Cells up to 19.5% efficiency

These above tech have various efficiencies.Our monocrystalline solar cells have efficiencies of up to 19.5%.

What does solar efficiency rating measures the percentage of sunlight photons hitting the solar cell for a given space. Higher efficiency means that less surface area is required to to generate electricity. So a small rooftop will want to use higher efficiency panels to compensate for smaller surface area.

Below are just some of the Solar cells that we have in stock.

At present, we had poly and mono solar cells in stock as follow.Hope it is useful to you.