What is Wafer Scale Testing?

UniversityWafer, Inc. helps you source the wafers you need for all your wafer scale testing projects.

Please contact us for any help you may need.

What is Wafer Scale Testing?

In this article we'll discuss some of the issues involved with testing wafer-scale-integrated components. We'll 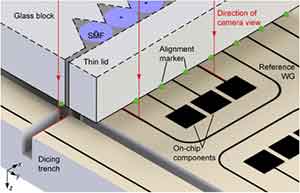 A large integrated circuit network can be built using a system called wafer-scale integration. This method combines large size and reduced packaging into a single, highly integrated chip. In theory, the smaller size and lower packaging costs should significantly reduce the cost of some systems. However, the system is not yet perfect. There are flaws on silicon wafers and in the printing process. These flaws can lead to partial chip failures.

A major problem in wafer-scale testing is faulty parts. The test probe must align with each die accurately. Because of this, there are no known wafer scale-integrated components that are repairable. The faulty parts must be reconfigured. Hence, a new wafer scale-integrated device is needed. It allows the integration of several IC chips into one device at a high density, and is known as a wafer-scale equivalent density.

The semiconductor chip is integrated into unit circuits on a wafer. The unit circuits are connected to a wafer control means through an address compare latch. A unit circuit is comprised of an AND gate, NOR gate, and multiplexer. It may also have a SHIFT REG IN/OUT line and an exclusive OR gate. These are all common components during wafer scale testing.

The first challenge of wafer-level testing is finding enough probes to test all the devices on a single wafer. With 500 die and 40 functional pads per wafer, the requirement for 20,000 probe needles is massive. It is almost impossible to fit 20,000 probe needles on a single six-inch wafer. Despite this, however, wafer-level testing is essential for proving product quality.

The second challenge is the lack of characterization and correlation between wafer-level and final-level testing. In the first case, actuation probes on the wafer press vertically while those at the final-level are grabbed by the package. This causes some correlation problems between the two tests, but it can be overcome with proper calibration information acquired at the wafer sort. This way, the final test data is more reliable.

Compared to the semiconductor industry, the photonic industry is rapidly advancing the capacity to produce and test photonic monolithic integrated circuits with electro-optical characteristics. However, despite these advances, wafer-level testing of these devices still falls short of industrial expectations. The current development in wafer-level PIC testing will help to make PIC manufacturing more efficient. Besides improving yield and reducing costs, wafer-level testing will help meet these expectations.

In terms of cost, wafer-level testing is far more affordable than other IC characterization methods, such as precision die carriers. Compared to other methods, it requires only one alignment step and a single, dimensionally stable fixture. Besides, it allows burn-in of hundreds of ICs simultaneously without the need for multiple fixtures. Amkor Technology has been working to implement Industry 4.0 initiatives, including developing new technologies for advanced packaging.

As semiconductors are increasingly used in electronics and automobile parts, they are becoming an important component in many industries, including the telecommunication industry. The increasing use of semiconductors in mobile communications systems and data centers is driving the market for wafer-level testing and burn-in. Wafer-level testing and burn-in is important for both new and remanufacturing processes. The following table provides an overview of the key costs and benefits of this type of process.

While the process is faster, wafer sorting still has its inherent limitations, which can increase costs. One approach is to allow for some test escapes during wafer sorting, and then filter rejected devices during package testing. Another solution is to sell Known Good Dies (KGD), which ensures the final yield of flip-chip and 3D ICs. However, wafer-level testing is more expensive and complex than package-level testing.

Test strategy analysis is an important component of wafer-level testing. During this analysis, the test flow of every Silicon-on-Chip (SoC) device is analyzed thoroughly. In most cases, two to five test insertions are involved in the entire process. The test flow typically consists of three or four different steps, ranging from wafer-sorting to final testing. To cut down on test costs, many semiconductor manufacturers have increased their test site count.