We provide backgrinding solar silicon cells down to 50 micron.

Order Solar Silicon Wafers Online and SAVE! Or Email us your specs/qty.

We have in-stock Solar Silicon Waffers 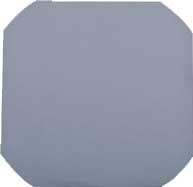 Below are some of our inventory with solar efficiencies!

At present,we had poly and mono solar cells in stock as follow.Hope it is useful to you. 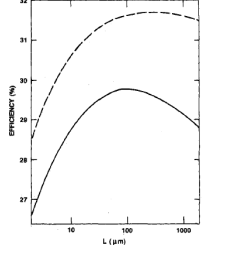 Typical production solar cells achieve about 20% efficiency, while the best laboratory efforts have achieved about 25% [Swanson]. Green provides an excellent summary of the current progress of high-efficiency single-crystal silicon solar cells, and reconfirms the 29% limit established by Tiedje.

The process of manufacturing solar cells from single crystal p-type silicon wafers is detailed below.  This is the generalized method used based on a number of sources. It should be noted that different companies have different patented, and trade secret processes for each of these steps, but the steps remain the same.

Texturing:
After an initial cleaning procedure, the wafer is textured to create pyramid-like structures on the surface of the silicon. This causes incoming sunlight reflected off of one pyramid to bounce into other pyramids on the surface improving the overall sunlight absorption rate.

N doping (usually Phosphorous):
A variety of methods are used to dope the top surface of the P-type wafer to create N-type regions. This process (typically gas diffusion in a high-heat furnace) creates the critical p-n junction which forms the permanent electrical field.

Edge diffusion cleaning:
The doping process causes the phosphorous dopant to diffuse to the edges of the wafer, if this excess dopant was allowed to remain it would cause short circuiting between the positive and negative contacts of the solar cell. The excess dopant is removed by an acid-etching procedure.