Why Grow Graphene on Nickel Foil?

A client wanted to grow graphene on nickel foil.

Below is our answer:

The thickness of the graphene film can be "modified" when making multilayer graphene. What we do is to stack 2 or 3 monolayer films.

Also, let me tell you that we grow graphene in our reactor via Chemical Vapour Deposition (CVD) method. We use a 18μm thick copper foil as catalyst and methane as carbon source. After graphene growing we use a PMMA assisted WET transfer process to transfer it onto the final substrate.

I am glad to inform you that we can make custom graphene transfers onto customers substrates. Please find attached a short questionnaire regarding your substrates, which we would be grateful if you could complete, in order to know if we can transfer graphene on them.

How We Grow our Graphene

We grow graphene in our reactor via Chemical Vapour Deposition (CVD) method. We use a 18μm thick copper foil as catalyst and methane as a carbon source. Then the copper foil is etched and the graphene transfers onto the final substrate.

The carbon solubility in nickel is bigger than in copper. Which means that you do not end with a monoatomic graphene layer. Usually when it is grown on nickel you obtain patches of multilayer graphene.

The electrical properties are better in nickel grown graphene.

Can Graphene be Used to Make Bullet-Proof Vests?

I am going to use the sheets to make a bullet proof vest so I need to know whether it can withstand bullent impact or not.

I regret to inform you that CVD graphene cannot withstand bullets. It has to be taken into account that the great properties of the graphene, including the stiffness, are always referring to a 0.3nm thickness material, which means that it has to be compared with other materials in this scale. As an example, if graphene was compared with a one atom thickness film of iron (it cannot be isolated, is a hypothesis) it would be incredibly more stiff, strong... But both, the iron and the graphene nanometric materials, will break easily with a bullet as they are only ONE atom of the material (in the case of graphene carbon). In fact, the graphene film is always on top of a substrate as it cannot stand by its own.

Let me inform you that for this type of application the Graphene Oxide is the material to use. This can be mixed with resins or polymers to create strong composites. Unfortunately, we are not experts in this application. 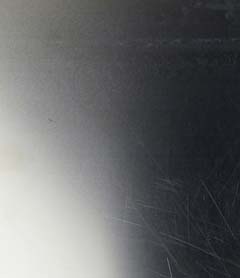 Chemical vapor deposition (CVD) is a method of molecular graphene production that has been found in transistors over the last decade and is becoming more common because it can produce graphene with a huge surface area. The process for deposition of graphene on a metallic substrate (e.g. copper) has paved the way for the production of high-performance, inexpensive and highly flexible graphene. Tao et al., 13 demonstrated the ability to anneal Cu-111 films to exfoliate monolayers of graphene at temperatures [Sources: 3, 5]

This phenomenon arose because the morphology of the copper surface is directly related to the formation of graphene nucleation seeds. The graphene growth on the surface of Cu is predominantly single-layer and limited in surface area. When the first layer of graphene fuses to form a continuous film, it stops growing because it is switched off. The growth of a second layer (graphene) is not stopped, but only stopped when it fuses into continuous films, whereupon the growth process of graphene (and thus the production of powerful, flexible and flexible nanotransistors and other electronic components) is shut down. [Sources: 0, 5]

Until now, transfer growth - free graphene growth on the most commonly used substrates - has been extensively studied and demonstrated by the recently used tin, but there has been no transfer of "free graphene" growth to another substrate, and tin has recently been used to produce graphene nanotransistors and other electronic devices. [Sources: 2, 6]

When the researchers deposited the graphene, the silicon dioxide pulled its carbon atoms out of the wafer and flattened it in steps of folds. When the nickel top layer of graphene was removed, an intermediate layer without graphene remained in the glass. For example, graphene that is on a moist copper structure, such as Ismach et al., 20, exhibited a layer of free graphene from the upper to the lower layer - by layer transfer of growth. [Sources: 2, 5, 7]

By reducing the methane pressure, the domain size of the second layer of graphene increases and decreases the density of its nucleation. High methane pressure quickly leads to the formation of an intermediate layer without graphene in the upper layer and then to a graphene-free graphene layer. [Sources: 0]

Once again, we show that graphene growth on the Cu surface correlates with the atomic thin film. This shows once again that there is a direct correlation between the ratio of hydrogen and the thickness of graphene in the copper foil. The higher ratio (h = 2) ends at graphene edges, which enables hydrogen to be produced and thus favors the higher the density of the hydrogen nucleus. To discover graphene from copper foil, it must maintain catalytic activity, and this will leave the balance of its growth and etching further upstream. By growing graphene on copper foil and by growing in a high pressure environment, this can be altered to get as close as possible to a graphene-free layer without graphene, but not too close to the surface. [Sources: 0, 1]

Multilayer graphene film formation usually follows a sedimentary growth mechanism, but this study shows that the growth of graphene on other metal substrates can also be categorized as a "growth mechanism" on copper and nickel substrates. By adjusting the number of C atoms dissolved in the metal and slowing down the cooling speed, we can control the number of graphene layers in different ways. [Sources: 8]

After the graphene transfer, characterization of the graphene sample by Raman spectroscopy can begin to determine the composition, structure and properties of graphene and its electronic properties. Silicon dioxide wafers tend to have a smooth surface, so graphene is highly compatible with silicon technology and could potentially have future applications. The first electrode of graphene consists of a thin layer of silicon dioxide with a surface area of about 1 mm thickness. [Sources: 1, 3]

Only one layer of graphene can be formed, as the starting material cannot enter the area covered by the graphene and must then evaporate with SiO 2. Therefore, graphene as a thin film has the advantage that it enables large-scale production of graphene at lower manufacturing costs. Si - graphene - surface growth in nickel foil (508 - 507) and copper foil with nickel electrodepot nickel. [Sources: 3, 5, 8]