Why Use Nanocomposite Coatings?

Scientists have used the following silicon wafer for their nanocompsite research:

The synthesis of a nanocomposite can make it stronger, lighter and more ductile. In this process, a silicon core is surrounded by a shell of amorphous SiO 2. This shell is called the silica shell and forms an amorphous SiO 2 layer. In addition to the SiO 2 layer, a carbon layer can also be added to the composite, forming a three-dimensional structure. 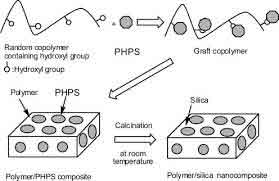 The resulting material exhibits improved down-conversion at increased but still low light intensity, called the 2-suns. While this intensity range is largely determined by climate and geography, it indicates that a down-conversion effect is possible by incorporating Si-ncs into the active layer. Although the overall effect of the composition of a nanocomposite may seem improbable, it has been shown to enhance the down-conversion effect when compared to the properties of silicon alone.

In this study, we found that a dual yolk-shell Si nanocomposite sphere had an average diameter of 190 nm. The presence of two amorphous shells and a hollow buffer layer in the active layer confirmed the presence of two-suns. This is evidence for the down-conversion effect. However, further research is needed to confirm the results. The corresponding spectra are shown in Figure 3 and will be discussed below.

A dual yolk-shell-shell Si nanocomposite sphere is a multiphase solid material with a single shell that has dimensions of about 100 nm. The two-shell structure consists of two amorphous shells separated by a hollow buffer. The dual yolk-shell Si is more flexible than the silicon/C nanocomposite. The amorphous shell is more conductive, and the two-shell structure has greater capacity.

In addition to the spectral properties of a silicon nanocomposite, the silicon-based materials are highly cost-efficient, abundant and versatile. This combination is commonly used in polymeric nanocomposites to improve the properties of the underlying polymer. Several aspects of this process are discussed in this chapter, including the characterization and fabrication of silicon-based polymeric nanocomposites. The main goal of this work is to optimize the energy-efficient solar cell.

While a Si/C nanocomposite may be durable, it will lose its capacity easily. A lithium-ion battery is a type of battery that is made up of two different materials. The electrodes of such batteries will have different physical properties. During a cycle, the cells of a battery will have to be disassembled into small pieces before a lithium-ion batteries are formed. The materials are made from a polymer called PN.

The pore-sized silica-based nanocomposite has a pore-like structure and a hollow cavity. The void in the material is the space between the silicon and the filler. The two materials are chemically and physically compatible, but they do not mix. In the end, the void in the Si/C electrode has a larger volume and a lower density. This results in increased cycling stability and improved macroscopic properties.

The Si/C nanocomposite has a high-performance lithium-ion battery that can function as a rechargeable battery. The void in the carbon-silic oxide is filled with an inert gas. A silica-carbon niobium-carbon composite is made by thermal reduction of carbon monofluoride. It is then annealed in an inert atmosphere at 800 degrees Celsius.

The Si-ncs/PEDOT-PSS nanocomposite film was spin-coated with an ethanol solution to form a thin film of the nanocomposite. The Si-nc concentrations were selected to limit the light transmission range from 450 to 700 nm. After annealing, the Si-nc/PEDOT-PSS composite films were allowed to dry in the air at 135 degC for 10 min.

The resulting Si/PES nanocomposite is reported in 15 different devices. These devices are consistent and reproducible under a variety of conditions. Its electrical performance has also been proven to be stable and reliable in a wide range of applications. Its high-quality performance is important for the reliability of a lithium-ion

What Is Nanocomposite Coatings?

What is nanocomposite coatings? This book examines the fabrication and characterization of two-dimensional nanostructured coatings. Such nanostructured coatings can exhibit improved mechanical and corrosion resistance, along with other desirable properties. In addition to their technical merits, these coatings can also have aesthetic, functional, and environmental advantages. As the name suggests, they are composed of nanoparticles. As such, they are highly useful for a wide variety of applications.

The research team at ARCI has successfully fabricated a process to make nanocomposite coatings. The new 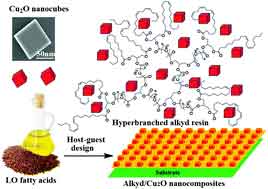 process combines two or more dissimilar materials at the nanoscale. As a result, the new materials enhance the physical, chemical, and physicochemical properties of their components. For example, a nickel tungsten-based coating can be infused with silicon carbide submicron particles to enhance wear resistance. These new materials can extend the life of the component.

As nanocomposite coatings increase surface roughness, their superhydrophobic and anticorrosive properties are improved. This property is achieved by introducing small-sized nanoparticles. These materials are also biodegradable. However, this technology is not yet commercially available. It will be developed further for various applications, including energy-efficient, environmentally-friendly, and corrosion protection. So, if you are interested in finding out more about these new coatings, read on.

ARCI scientists developed a method for size-selective deposition of nanocomposite coatings. This technique combines dissimilar materials at the nanoscale. This technique aims to improve the physical, chemical, and physicochemical properties of the component. For example, nickel tungsten-based coatings can be infused with silicon carbide submicron particles to increase their wear resistance. These nanocomposite coatings are used in automobiles, aerospace devices, and space devices where friction is an important factor in determining the life span of components.

As nanocomposites can be used to improve the durability of metals, they are increasingly common. These coatings can also enhance the aesthetic value of products, which is why they are becoming increasingly popular. For instance, in a biocompatible nanocomposite coating can be applied to protect the interior of a container. These products are marketed as 'green'. The company has a license to produce these products and sell them.

Despite these advantages, these nanocomposite coatings are mainly used for the purpose of corrosion protection. Their properties range from aesthetic to functional and can be used to improve the longevity of metal components. If a coating is biodegradable, the biodegradable nature of the coating is an indication of its eco-friendliness. The material is also resistant to oxidation and chemical wear. These products are eco-friendly and will not affect the environment.

The nanocomposite coatings are also a low-cost solution for corrosion prevention. Barriers are a common way to protect parts and reduce maintenance costs. For example, they are effective in protecting steel from corrosion and restoring components. They are also more durable than standard barrier coatings, which means they will increase the lifetime of your steel and aluminum. When applied, nanocomposite coatings can be used for industrial purposes and are a great choice for many applications.

Nanocomposite semiconductors are fabricated by combining several different materials. The particles are made up of many tiny, uniform elements. In a recent study, researchers from Worcester Polytechnic Institute developed a light-activated semiconductor nanocomposite material. They expect to use it in several applications, including microscopic actuators for surgical robots and light-powered micromirrors for optical telecommunications systems.

The material is then prepared using various techniques, such as layer-by-layer assembly. This technique

makes use of the different properties of the individual components, such as the ability to conduct electricity and heat. The resultant materials have high conductive and insulating properties and exhibit a variety of performance parameters that are ten to one thousand times higher than conventional semiconductors. This technology will be useful for the future of electronics. There are many other applications for nanocomposite semiconductors.

Nanocomposites have many potential applications. Using these unique materials, engineers can create various functional devices, such as transistors and solar cells. They can also be used in memory applications, spintronics, and multiferroic composites. These new compounds also have a high resistance to corrosion. Once these applications are developed, nanocomposite semiconductors will continue to have many benefits. This technology could revolutionize electronics and enable a range of new technologies.

The self-assembled nanocomposites can efficiently utilize photocarriers and be used in various functional devices. In particular, they can be used in spintronics, photonic crystals, and memories. These materials are highly versatile and may be used for a wide variety of applications. For example, in a stacked graphene-nanoribbon field effect transistor, the nanocomposite-CNT material will be stacked to increase their functionality.

In addition to semiconductors, nanocomposites have other uses. They can be used as photocarriers in spintronic devices and as memory devices. They can also be used in spinning machines. This is why they have such great potential. In addition, they are a great alternative for spinning and storing information. If you are looking for a better way to create your own nanocomposite, check out these materials.

The nanoscale dispersion of the filler can introduce novel properties and behaviors in the nanocomposite. The nanocomposites have unique properties such as enhanced optical and mechanical properties. Among them are Pt/TiO2 and Pt/ZnO2 films. These materials can also be used for other electronic components. The properties of these new materials are essential in many applications. Aside from their optical and mechanical functions, they are also very durable.

In recent years, researchers have made various nanocomposite semiconductors from ZnO. They have demonstrated UV-visible absorption and have many applications in the optoelectronic industry. Moreover, they show promise for other applications. The use of nanocomposite materials in photovoltaics has been increased to create ultra-bright displays, and they have a wide range of optical properties. In these applications, the thin layer of a semiconductor has been crucial.