What is Photonics-Based Computing?

Signal degradation is a big problem for our data driven life.   Anything that has a cable attached to it to either watch television or surf the net quality degrades the longer the signal has to travel.  Current technology is to blame.  But research into silicon photonics can change everything.

We have the wafers you need!

Most of the energy used in computers sending info is used for transmission, not logic.   Thus, server farms spend an enormous of amount of un-sustainable energy to power communication between the data centers servers and the outside world.

If silicon photonics could replace the hardwiring of traditional servers, PCs, mobile devices etc., then the bottlenecks would be replaced by fast flowing energy saving photons.  One day you may read about the billions of optical transistors on a chip. If that happens everything you do and enjoy now will be more efficient, richer and enjoyable.

What is an Optical Transistor?

An optical transistor is a device that uses light and electricity to switch information. The switching takes place in 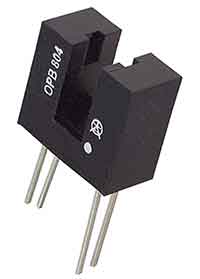 a microcavity, which is a 35-nanometer-thick organic semiconducting polymer sandwiched between two highly reflective inorganic structures. The microcavity is specifically designed to favor light-matter coupling, which is the basis of this new device. Photons are strongly coupled to bound electron-hole pairs and excitons, which are short-lived quasiparticles.

Although an optical transistor is an analog to an electronic transistor, it does not require electrical power to operate. It uses pumped lasers to convert light into electricity. An optical transistor has a 400-480 nanometer wavelength and continuously modulates between high and low outputs, which are translated into logical 1s and 0s. It also includes a second, smaller laser beam that acts as an electronic gate, switching an incoming light from the pumped laser on or off.

Intel has demonstrated the world's first practical data connection to an electrically pumped hybrid silicon laser built into an optical transistor made of silicon photonics. The leading research group in the field of nanophotonics is working on the development of a powerful, powerful and cost-effective silicon-optical transistor (SOT). [Sources: 1, 4]

The researchers say their space - temperature-optical transistors can all do optical operations at temperatures up to 0.5 degrees Celsius. They suggest that their optical transistor would be ideal for maintaining coherence and cache in multicore CPUs. [Sources: 12, 15]

The problem is that optical transistors have a number of properties when they are connected to each other in such a way that they can process information. For example, the output of an optical transistor could drive other transistors, so that a logical signal can propagate and become known. With these means, it could be possible to create optical transistors that operate at much higher speeds than their physical counterparts. Optical manipulation of optical motors as a concept has already been experimentally demonstrated. [Sources: 0, 6, 18]

Learn more about the state of the art in the field of optical transistors in a lecture that was recently held at the OCP Future Symposium. [Sources: 5]

Electrooptical materials include lithium niobate electrooptical polymers, which have been developed considerably over the last decade and have the potential to be integrated into silicon photonics. The technology has not lost its compatibility with manufacturing and therefore lags behind the use of silicon photonics at the beginning of this article. The project, called COSMICC, aims to combine CMOS electronics and silicone photonics to develop a powerful, cost-effective and high-performance optical transistor. The areas to be investigated include the integration of photonic transistors in optical materials and the use of optical fibres. [Sources: 6, 7, 11, 13]

In the not too distant future, it will be useful to shift certain functions to computing units based on hybrid optical transistors. Large optical circuits usually consist of a phased array, but their functionality is limited. These circuits are not very complex and show the integration potential of silicon photonics. In addition to the expansion and perhaps even replacement of the semiconductor transistor on the chip with an optical equivalent for even higher computing power, the actual processing will in some cases affect silicon photonics. [Sources: 8, 11, 15]

This would be an optoelectronic integrated circuit (OEIC), which would form the basis for combining photonic functionality and electronic intelligence through seamless integration. Optical transistors connect fiber optic cables with electronics that require coupled photodetectors, LEDs and lasers. These miniaturized optical compounds will be silicon-based photonics and will have the ability to heterogeneously integrate propulsion electronics and lasers on the same substrate. Wafers for scaling - up integration of photons and electronics can prove to be an important step in the development of high-performance, cost-effective and efficient optical systems. It can be speculated that this technology could close the gap between silicon-based and silicon-optical electronics, as well as between optical and semiconductor electronics. [Sources: 2, 5, 13, 16]

It remains questionable whether optical processing can reduce the energy required to switch a single transistor, which is lower than that of an electronic transistor. To be competitive with today's electronics, optical transistors would have to perform logical operations with only a few hundred photons. This requires an integrated photonic circuit that combines various silicon photonics components and requires a large number of photodetectors, LEDs and lasers, as well as a wide range of optical components. [Sources: 2, 13, 19]

An example of heterogeneous integration would be lasers that cannot be manufactured directly from silicon, but from a combination of photodetectors, LEDs and other photonic components. [Sources: 6]

In addition, optical transistors that work with a single photon could form the basis for quantum tunnelling, which can be used to selectively address individual units of quantum information, known as qubits. There are more sophisticated applications for optical transistors, but as technology and technology improves, they may be able to build quantum tunnels in which photons do not form quantum tunnels. Similar to transitors in integrated circuits, we hope to use transits in lasers for electrooptical integrated circuits, "Feng told OpenMind. With increasing technology and improvements in technology, an optical transistor could be so much more powerful that it can make a significant contribution to the development of powerful quantum computers. [Sources: 2, 9, 17]

The purpose of optical integration is to take advantage of the cost advantage associated with using silicon as the primary material for optical transistors, and putting everything into silicon is a cost-effective solution to the problem of low-performance electronics. One of the major disadvantages of using a single photon instead of a large number of photons is that the wavelength of light is too large for electronic solutions such as transitors and modulators. Compared to electrons, only a small amount of energy is available in the photon, which can be used as a component of an optical integrated circuit. [Sources: 10, 14]

In the short term, silicon photonics chips are used in high-speed signal transmission systems that far exceed the capacities of copper cabling. Inphi is investing heavily in silicon photonics to complement the company's current portfolio of optical transistors and photonic chips and accelerate this transition. This will further drive platform innovation and new solutions in the coming years, "said the Vice-President of GF. [Sources: 3, 5, 8]