What is Extreme Ultraviolet Lithography?

What is Extreme Ultraviolet Lithography (EUV)

EUV is the Semiconductor industry’s next generation integrated circuits manufacturing. Smaller, faster chips for everything from Internet of Things (IOT) devices to super computers is driving semiconductor firms to utilize this technology.
Currently there are only a few semiconductor companies that work with EUV.

Taiwan Semiconductor – some of their clients include:

Samsung– some of their clients include:

The new EUV processes will create chips that will benefit the following:

Transistors are the heart that beats within the chip. The more transistors the more power the chip has to power all electronic applications. EUV helps get the transistors to work with less electricity. This will be a big advantage for data centers that use a lot of electricity!

Currently lithography uses a laser to shine UV light through a mask of either hard or soft plastic. Think of the mask as a schematic that absorbs the UV light that is then etched onto silicon wafers.

UniversityWafer sells both the Silicon Wafers and the Quartz used to for EUV lithography. 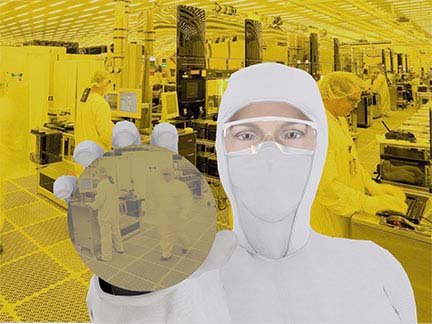 Current Lithography uses a wavelength of 193 nanometers. EUV uses 13.5 nanometers of light which is more than 10 times smaller than what’s used today. Tinier is “tastier”!

When semiconductor companies first started to manufacture chips, engineers or technicians drew the chip’s layout on a wall like an elementary school student using a projector to blow up an image to trace for a school project. Then a photo was taken an used to make the chip.

The next evolutionary step to chip making after EUV resides at Intel. Numerical aperature or NA is similar to EUV. It will require a whole redesign of the current processes to make the masks. Numerical aperature (NA) will need a complete overhaul of current semiconductor processing optic system.

It's taken over a decade for EUV to finally hit the market. How long before NA takes over? Impossible to say as the technology is more complicated than the already complicated EUV processes.