Lithium tantalate (LiTaO3), also known as ln crystal, is a type of typical multifunctional crystal. It is a crystalline solid with unique optical properties such as high surface area, high density and high thermal conductivity. [Sources: 8] 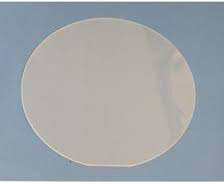 is a multifunction crystal material with chemical aNd mechanical stability.

Because LiTaO3 crystals have a high optical damage threshold, they are often found in the following:

According to a recent research report, the global market for lithium tantalate crystals is gaining in luster as we approach the end of the first half of 2017 and the beginning of 2018. It is at this point that we announce the launch of a new lithium tantalate wafer product line, Lithium Tantalates (LTA). [Sources: 1, 4]

The growth of the market is due to the growing applications of lithium tantalum crystals in a variety of applications. This growth will unfold in the acoustic wave devices in which they are used to manufacture electrical components. The increasing use of these technologies in high-performance electronic devices is driving the industry's demand to a high degree. Increasing applications in medical applications such as medical devices and medical imaging are expected to drive the market for lithium tantalate wafers. [Sources: 1, 3, 6, 8]

The methods used in this invention are of industrial advantage, as the above-mentioned lithium tantalate crystals can be obtained in a relatively short time. [Sources: 7]

It may be interesting, however, that although the first synthesis of lithium tantalate took place in Russia, Asia-Pacific still holds a huge share of the market. The growing demand for lithium-niobate crystals, especially in China and India, will give a boost to the growing lithium-tantalate crystal industry. It is expected to boost the market for lithium tantalates during the forecast period. However, most manufacturers develop lithium niobate crystals in the United States, thus replacing the low threat. [Sources: 1, 3]

To produce a SAW device with lithium tantalate crystals, it must be heated in a high-temperature environment, as is used in production facilities today. It is also preferable to use wafers that have undergone lapping or at least slicing, or one side of which has undergone mirror polishing to polarize the lithium tantalate crystal into a single one. It is possible to process lithium niobate, which can be used for the manufacture of integrated circuits and other electronic devices. In addition, lithium tantalates can also be used for the development and manufacture of an integrated circuit with a wafer. [Sources: 0, 7, 9]

According to the present invention, a single polarized lithium tantalate may be so thin that its electrical conductivity is 1a10a12 c / a1A / cma1 or more and the surface charge which generates pyroelectric properties decays quickly. In addition, the charge can also be generated by applying a charge from a surface layer of lithium-niobate to the top of the wafer, with the lithium-tantalate crystal applied. When the electrical conductivities of wafers are more uniform, the lithium tantalate crystals can still be thin enough that the surface charges generated by the pyroelectric properties decay quickly, but not too thin, so that they do not cause any loss of electrical energy. [Sources: 7]

In this case, the reduced atmospheric temperature is 610Adeg C or less, and the surface resistance to warming to 500AdeG C is so high that even lithium-niobate crystals are used, which are said to have a faster reaction rate. This is attributed to the fact that both lithium tantalate and lithium niobates have very high coefficients of thermal expansion. [Sources: 2, 7]

The piezoelectric properties of lithium tantalate crystals are an essential feature when used in SAW devices. Compared to quartz, they have a large electromechanical coupling ratio of 1: 1.5, which has a very high surface-to-surface connection. This shows that they are suitable for this purpose, as the piezoelectrode reaction and piezoelectric properties are derived from the crystal structure of these crystals and are required for the sawing tool. [Sources: 1, 7]

After the single- and polarized lithium tantalate crystals are cut with a saw wire, they undergo the lapping process, resulting in a double-sided, lapped wafer with a thickness of 0.4 mm. This confirms that we have a lithium tantalate wafer (LT - WAFer) that is stacked and a silicon-in-a-silicon wathor that is a load-bearing wafer, both of which have the same surface-to-surface ratio, namely 1: 1.5. [Sources: 2, 7]

We investigated how the variation of the passive lithium permeability by bicarbonate affects the transport of sodium - driven lithium meters. Our results support the hypothesis that this is due to the presence of sodium in the lithium tantalate wafers and not to a change in lithium counter transport capacity. [Sources: 5]

First, the lithium-tantalate polycrystal, which is produced by weighing and mixing lithium carbonate and tantalum entoxide, is placed in a crucible made of precious metals such as iridium. [Sources: 7]

When the temperature is 30 Adeg C or less, the wafers are removed from the iridium crucible into a stainless steel container, which allows them to be stacked on top of each other and the lithium tantalate crystals to undergo the reduction process. It is supplied with lithium carbonate and tantalum entoxide, which is weighed and mixed with a mixture of lithium tantalate polycrystals and other precious metals. [Sources: 7]