What is Dislocation Density?

The silicon wafer dislocation density is a crucial parameter for semiconductor manufacturing. It 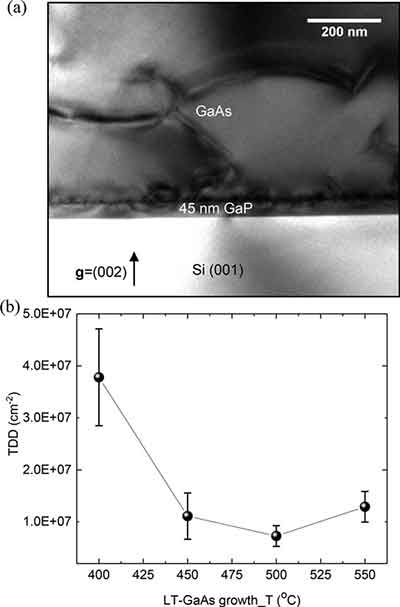 is dependent on several factors, including the orientation of the silicon wafer. The most popular orientation is the vertical, since it is easier to cleve. However, there are many alternatives. Here are some advantages and disadvantages of each. Listed below are some other advantages and disadvantages of silicon wafers. This article will discuss the most common and practical approaches to evaluating wafer dislocation density.

Orientation of silicon wafers influences the semiconductor properties. The optimum orientation depends on the specific requirements. Depending on the type of device, a semiconductor may be oriented horizontally, vertically, or in a non-uniform fashion. The differences between vertical and horizontal oriented silicon wafers are discussed. The Miller index is useful for determining the optimum orientation. The three most common types of silicon wafers are crystalline, amorphous, or epitaxial.

To determine silicon wafer dislocation density, use an opticmicroscope. A well-designed optical microscope can measure the density of dislocations. A 150 mm Czochralski grown wafer, for example, had a high boron doping level. A cell piece detecting instrument by the German halm company can also measure the photoelectric transformation efficiency. Its efficiency was 17.3%. A study of a thin film solar cell has shown that the p/p+ silicon wafers are more susceptible to misfits than the monolithic wafers.

What is Dislocation Density?

Since dislocations are responsible for most plastic deformation phenomena in metals, it is important to know how they behave and the density of their clusters. Several instrumental techniques have been developed to measure dislocation density. X-ray diffraction and transmission electron microscopy (TEM) are two of the oldest methods to measure dislocation density. These two methods can be used to determine the number of dislocations and the number of clusters in the sample. However, these methods are not practical for large-scale investigations, as they require a large observation area and the samples must be extremely thin to count them.

The size of the individual dislocations is an important determinant of their density. The larger the sample, the more dislocations there are, and the more crystalline defects are. This process also makes the dislocation density of crystals appear larger. The data is used to determine how a material should be manufactured. If the process can be optimized, it can dramatically reduce the size of the process. This is a crucial step in making the semiconductor industry, as it improves the reliability and performance of semiconductors.

In order to determine the dislocation density of annealed samples, we used the Ham intercept method. This is an intercept counting method that takes into account the magnification of the images. We acquired four micrographs of the B85 and BA samples to determine their dislocation density. The values of the sample thickness were obtained by the Electron Energy Loss Spectroscopy. Then, we calculated the total area of the individual micrographs, and compared them.

The density of dislocations is also related to the roughness of the edges. While a surface is smooth and unbleached, roughness can cause a lot of dislocations. Thus, a smooth edge is necessary for the dislocation to propagate. A rough edge will lead to more misfits. A sharp edge will result in a smooth surface. This means that the edge of a wafer is not as rough as the other edges of the wafer.