Just peal away the Graphene and reuse your expensive GaAs, InP, GaP wafers.

Visit our store for all our Graphene Products!

Get Your Graphene Quote FAST!

We intend to use the Si wafers as substrate for graphene. This graphene on Si substrate will be used as a photodetector. Please let me know if this description is enough. Thank you, Best, Bernat

The following wafer spec works great for your photodetector research!

UniversityWafer, Inc. has teamed up with world renowned laboratories to offer a unique graphene metrology service that provides characterization and analysis on graphene materials.

Dozens of companies are producing various types of graphene materials, which causes much diversification and confusion. Our metrology service offers graphene producers the chance to obtain valuable test results and post-testing analysis and interpretation, that assist in proving viability and quality of production. In addition, displaying critical data to customers like the material characteristics and potential applications is key to successful marketing and sales activities. 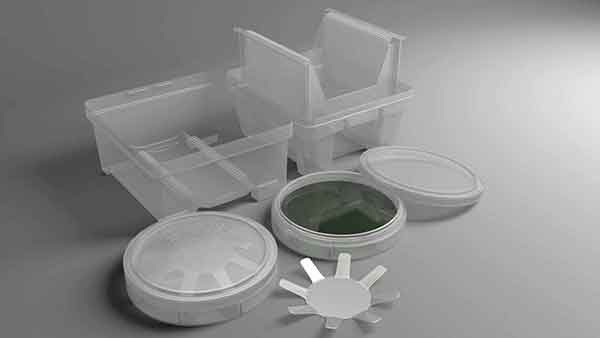 What is Graphene Remote Epitaxy?

Silicon has been the core material of semiconductors for decades, but now it faces a competing new development that MIT engineers have introduced using exotic materials. The new method, reported today in Nature, uses a complicated crystalline pattern that transfers an upper layer of identical material from the underlying semiconductor wafer to the top layers of another material, such as a graphite or silicon oxide layer. But the team's method is using it in an exotic way: it uses a new type of graphene, a material with an extremely high surface area and a high degree of transparency. [Sources: 0, 2, 11]

The process is called remote epitaxy and involves the formation of a thin layer of semiconducting material on a large, thick wafer of the same material, which is covered with an intermediate layer of graphene. The process, called "remote epitaxial," involves applying a thick, thin-film semiconductor material to larger, thicker wafers made from the same materials covered by an intermediate layer of graphite or silicon oxide. [Sources: 12]

The process is called "remote epitaxy" and involves the formation of a thin layer of semiconducting material on a large, thick wafer of the same material, which is covered with an intermediate layer of graphene. The sp2 bonds in graphene formed at the vdW interface, as schematically illustrated in Fig. 1, enable the transfer of the interesting surface using thermal separation bands, while Remote Epitaxial uses a fissure layer in the graph that serves as a gap between the layers and graphene for the transfer of electrons. [Sources: 8, 12]

It is imperative to investigate how distant heteroepitaxial relationships are determined by the underlying wafer substrate in the presence of mono- and bi-layer graphene. Accordingly, observations of distant epitaxial relationships suggest that the graphene interlayer does not interfere with the influence of the running thermal separator band on the surface of a thin graphene layer, but rather interferes with the influence of an underlying GaN wafer top layer. [Sources: 8]

The systems and methods described here address the disadvantages of conventional layer transfer methods and manufacture semiconductor devices. This so-called "remote epitaxy" technique allows a semiconductor film to be copied on the underlying substrate and is attractive because it can coat the substrate with graphene and transfer it to the graphene layer. [Sources: 5, 9]

The demand for non-Si electronics has increased significantly in recent years, with current and next generation electronics requiring new functionalities that can never be achieved with Si-based materials. The remote epitaxy technology creates an expensive Si-semiconductor film and at the same time provides the additional flexible functionality required for the current ubiquitous electronics. In addition, the demand for non-Si electronics will increase significantly in the near future, requiring a variety of new functionalities that current or next generation electronics will always need, but that can never be achieved by using Si-based materials such as semiconductors. [Sources: 4, 7]

The new technology, dubbed a "remote epitaxy" by MIT engineers, could reduce the total cost of semiconductor wafers and reduce the need to make components from expensive compounds in semiconductors and materials. [Sources: 3]

Graphensic AB, a spin-off of LiU, has launched a research and development program to meet the growing demand for high-performance, low-cost graphene for applications in electronics. ConceptGraphene, which targets wafer electronics, is funding Yakimova's research to provide the graphene needed, as well as funding from the National Science Foundation (NSF) and the European Research Council (ERC). [Sources: 10]

The team found that peeling off semiconductor layers from the same semiconductor wafer is much more efficient than the conventional process of peeling them off. They found this partly because they are more sensitive to temperature, pressure and other factors. The team finds that the layer of chips is peeled off a wafer, they find that it is more efficient than peeling off layers in a semic chip from the same chips or layer in that chip. [Sources: 2]

They also found that they can remove the resulting epitaxially grown film from the graphene layer, leaving the GaAs wafer untouched and reusable. The graphene provided a non-stick surface on which the researchers could peel the new film off the non-stick surface while leaving behind a graphene-coated wafer that the researchers could reuse. It offered such flexibility that the researcher could easily remove it from any non-stick surface in seconds without having a carbon layer on top from which it could be reused. And it offered so many advantages over the conventional process of peeling graphene layers off GaA wafers that it could efficiently peel off a new film from any nonstick surface without leaving graphene covers on the wafers that could be reused. [Sources: 1, 12]